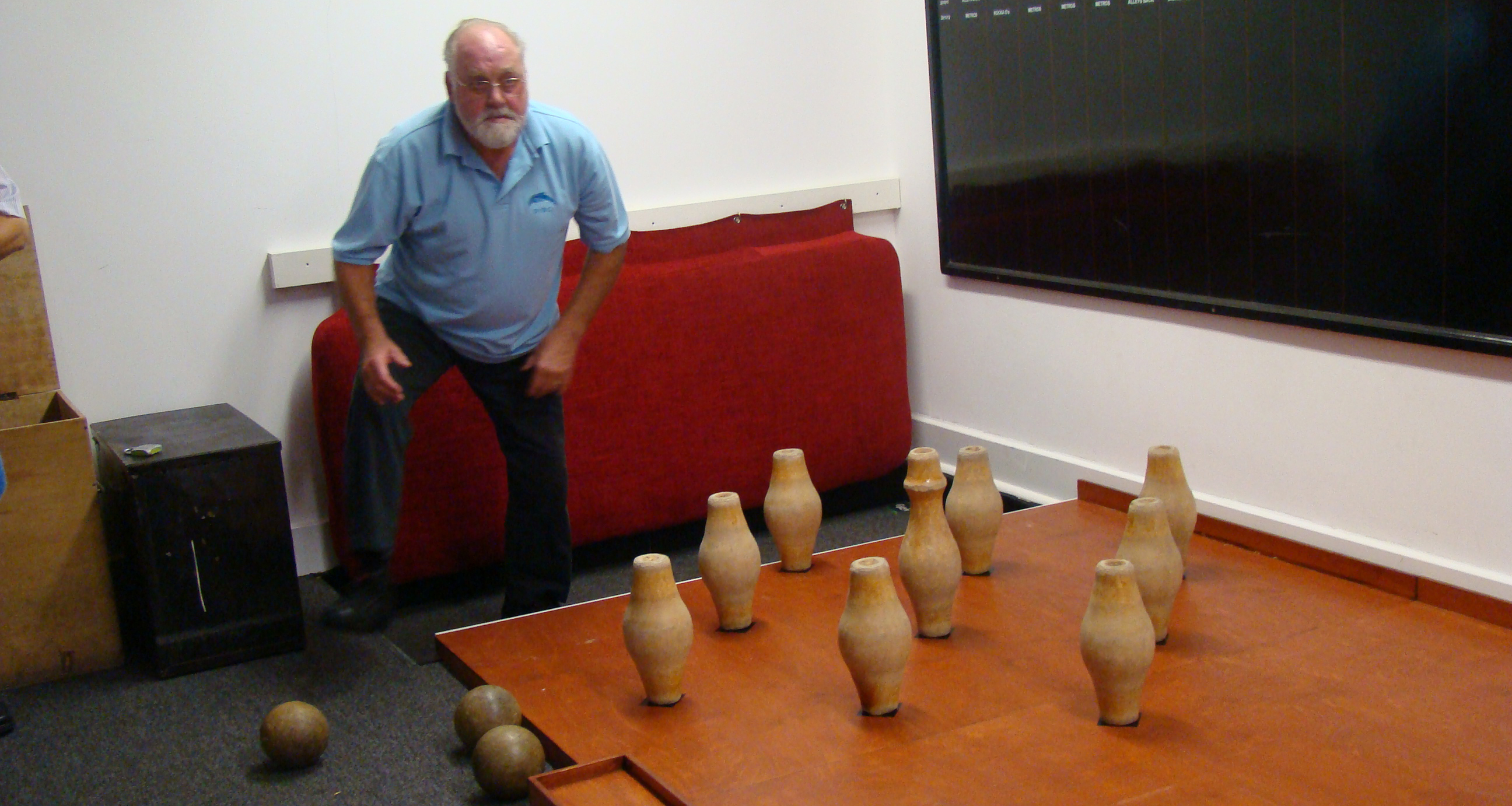 Skittles was first started in the late 1950s as competitions between departments in the Southern Electricity Board. These competitions were played at the Globe in Poole and the Red Lion at Sturminster Marshall.

It was decided to form a Skittles Section at the Club around 1960 when the alley was built. At first some matches were played at Moordown Conservative Club to accommodate all the teams. Eventually by the mid 1960s all skittles was played at the Club in a purpose built alley. When this was demolished in 2014 and skittles moved to a new extension of the main club.

Detailed records go back to 1966 when there were 15 men’s teams and 7 ladies’ teams. Most members were employees. By 1993 the number of teams was still 13, but with privatisation of the Electricity Industry the number of employees working locally had decreased dramatically and the following year the number dropped to 10. In recent years this has dropped to 6. The format of the league has been adjusted to fit those numbers whilst keeping the length of the season about the same.

Teams play each other in two different league competitions and two cup competitions. There are also Singles, Pairs and Triples competitions in knockout format. Two of the competitions bear the name Hosker Cup as these were donated to the Club for skittles in 1927, well before the Broadway Park grounds were given to the Club for free by the then Bournemouth & Poole Electricity Supply Company. Dr J.A (later Sir James) Hosker was the first President of the Club.

The Club entered a team in division 4 of the Poole & District League in 1975 and was promoted to division 2 by 1984. The ELECTRIC team has stayed in that division 2 for most of the time ever since. Home matches are played about every other Tuesday during the Season.

The Club league runs from early September to April.

The current teams are: Alleys Back, Metros, M Squad Exiles, Pick n Mix and Rocka 0’s. Unfortunately, one other team has recently been forced, to withdraw from our league, so we are down to only 5 teams.

New members and especially teams are always welcome. The league set up can be varied to fit the number of teams into the season. Members can join teams at any time, but new teams should apply to the Secretary before the end of June. All players must be Club members.

All enquiries should be directed to the Secretary who will help you find a suitable team or start a new team.

The annual Section subscription is a nominal 10p and members pay £2.00 for each team match and entry to each of the other competitions.